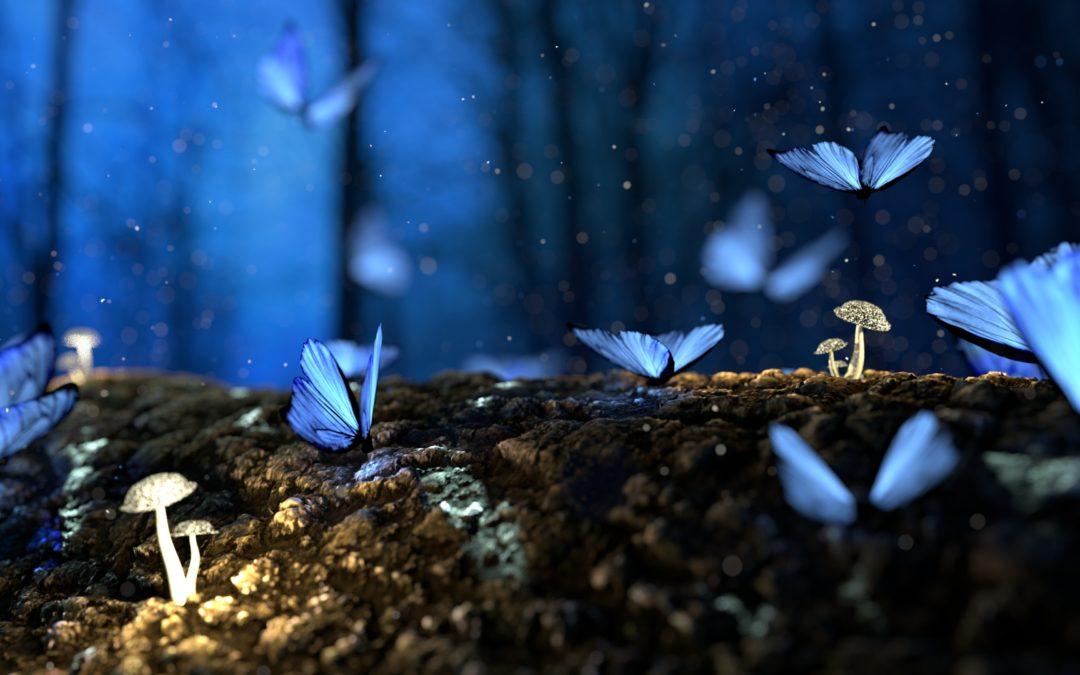 In 2004, Ashton Kutcher played a 20-year-old college student Evan Treborn, who experiences blackouts and memory loss throughout his childhood. Evan finds he can travel back in time to inhabit his former self during those periods of blackout, with his adult mind changing his past behaviors and set things right for himself and his friends… but there are unintended consequences for all.

If we look at what’s happening today with the government mandated lockdowns, social unrest, unprecedented amounts of money printing, and the massive migration out of large cities… each one of these events could be considered a trigger for a butterfly effect in itself, let alone a whole slew of major events that have ripple effects throughout the whole world economy.

If we can piece together these things to have a glimpse into the future, we can set ourselves up nicely or shelter ourselves from major catastrophe.

The fall of the dollar:

The easiest one I find is the fall of all fiat currencies.  Fiat currencies are only backed by confidence whereas in the past they were notes redeemable in gold.  I feel that reckoning is coming very soon as the world is getting tired of the US using its reserve currency status as a weapon to starve any country that doesn’t do its bidding.  And in the meantime its racking up enormous debt.  These are the unintended consequences that cause an empire to fall.  Now the only agency foolish enough to loan money to the US is the Federal Reserve.  When the only thing propping up the currency gets pulled out from under it (confidence), then the house of cards tumbles and its value plummets.  That’s why I recommend 10% of investable assets in gold and silver.  Last week there was a decent size pull back in the price of gold and silver, so now is a good opportunity to dive in or add to your position.

With so many people able to work from home permanently and the social unrest happening in major cities, there is a huge wave of people getting out of dodge.  Just look at this Uhaul chart showing oneway costs to specific cities.  It’s super cheap to move to a big city because demand has plummeted, whereas extremely expensive to go to a more cost effective and stable town.  So one would think real estate prices would equally reflect this chart.  Only there will be a lag to this effect as some people may be swinging to one branch before they let go of the other.  And what I mean by that is, if they’re underwater on the house in the big city, they’ll take out a loan for the smaller city house first before dumping the big city home.  Only time will tell, but there are probably many other opportunities to take advantage of this butterfly effect. 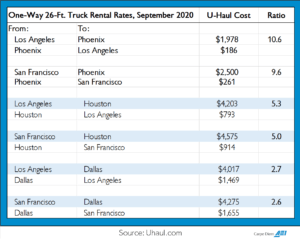 Begin to see what others don’t see.  Start to piece together the past with events that are happening now to help see into the future.  It’s times like these where opportunities are all around us, but most people will run for the hills because of the disaster right in front of them.  Be a student of money and we can capitalize on the butterfly effects that are happening all around us!