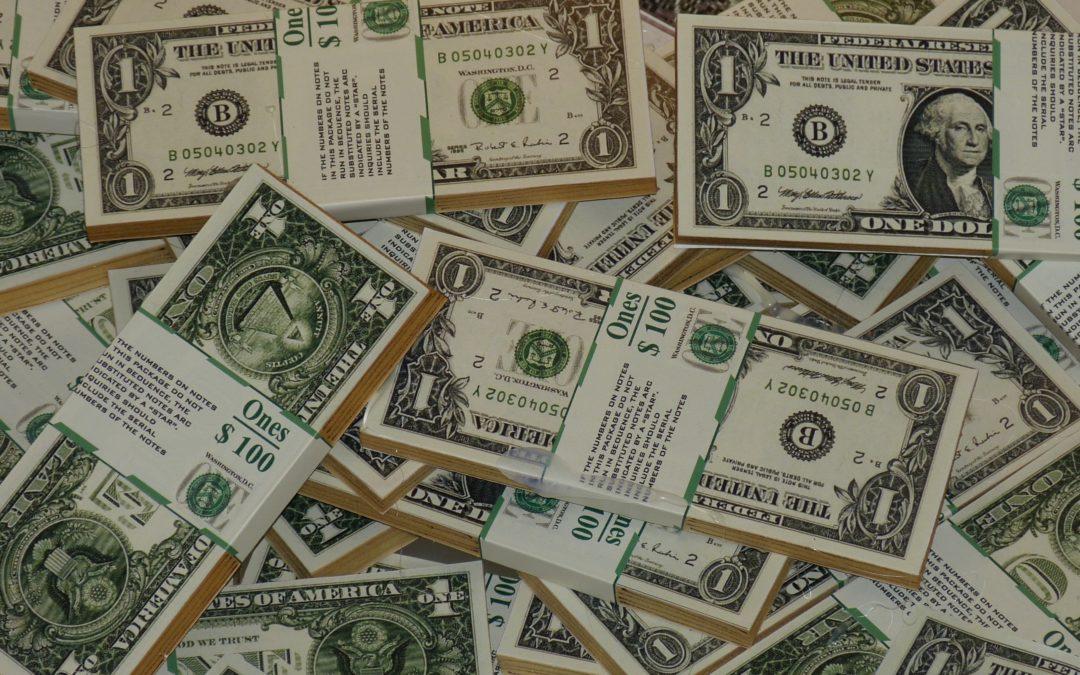 Changing your view of the world can change how much money you make.

Some people view the world in scarcity terms. “I can’t afford that.”

Versus a world of abundance. “How can I afford that?”

One of the most hilarious movies about money is Brewster’s Millions in 1985 starring Richard Pryor and John Candy.

“After losing his position as a minor-league pitcher, Montgomery Brewster (Richard Pryor) learns his great-uncle has left him $300 million. To inherit it, Brewster must spend $30 million in 30 days under a complicated set of rules that forbid him from donating too much to charity or retaining any new assets when the period is up. Unable to share details about the will’s odd conditions with anyone, Brewster sets out to spend his money.”

Because he has to blow the money so quickly without telling anyone why everyone in his life tries to protect him by investing the money he gives away… which makes even more money.

This drives Brewster crazy because he’s trying to blow it all to get the $300 million.

The real-life version of this usually ends with the person being flat broke. When famous people who make a bunch of money all at once without having a financial education… ultimately go broke. They never knew how making their money work for them.

The MC Hammer movie, “Too Legit” is a perfect example of this playing out in real life. He made a bunch of money quickly with his successful album, but he blew it on toys and friends. It was the reverse story of Brewsters Millions because it was the people around him that screwed him over.

So how do you avoid this trap? The mindset seemed like it was of abundance because they blew it without thinking about the consequences. The difference is that they never asked themselves the question, “How can I afford that?” Instead, they just blindly blew their money on “things.”

If you see a car that you want… you need to ask yourself, “How can I afford that?” Right now I’m thinking about an RV. My only concern is the loopholes of buying one in the US and jumping through all of the hoops to get it back across the border to Canada. My first question was, how can I afford it?

Sure, I could just go out and buy one with my savings or take out a loan, but instead, I think about how could I turn this liability into an asset? I could purchase one in the US for less than half the cost of one in Canada… check! I could then rent it out on one of the sharing platforms online to pay for the monthly payments… check! Or I could purchase another residual income-producing asset as I did with my car to pay for the monthly payments… check! So you see how I generate a plan first before I buy to take the affordability out of the equation.

It’s purely a question of, “how can I afford this” and not, I can’t afford this.

The same is true when purchasing a real residual income-producing asset. If you find a deal on an asset that pays for all of its expenses and still brings in extra money every month. Ask yourself how you can afford it. How can you come up with the down payment? Or qualify for a loan. Or whatever hurdles you need to overcome to get that asset that makes you even more money.

If we continue to live in a world of free-market capitalism, then everyone is creating value for each other. We’re creating a life of infinite abundance. Whereas socialists want to steal from people who create products and services we want… and then give it to others who don’t create value. Which then kills abundance and puts people in a mindset of scarcity. And that’s when you end up with places like Cuba, Venezuela, Zimbabwe, etc., etc. They live in a life of scarcity.

What is the life you invasion for yourself and others? A world of abundance? Or a world of Scarcity?