Printing Money is Actually a Tax on the Poor 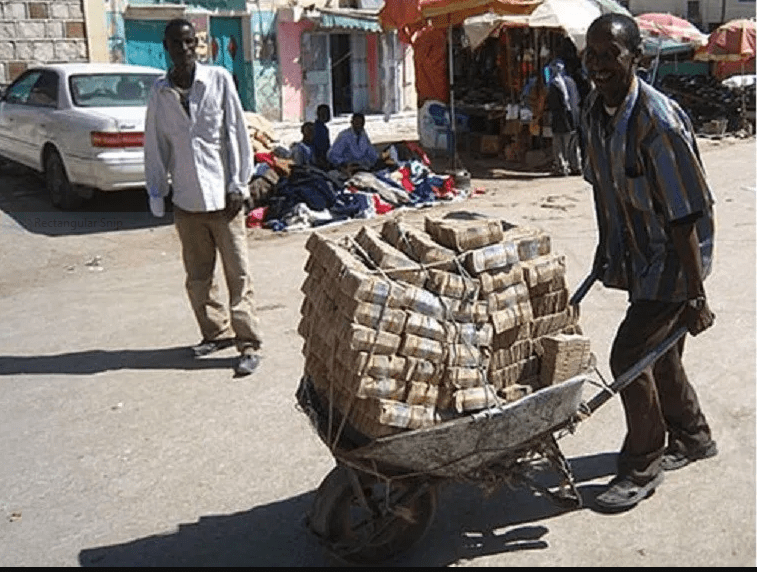 Printing Money is a tax on the poor and the middle class. At first the poor and middle class are given a small portion of “free money” from these bailouts. And without understanding how it’s paid for, it seems great! Who wouldn’t want free money? Notice the recent 2 trillion bailouts… only 600 billion of the 2 trillion went to issue 1400 checks and unemployment benefits. The rest went to large and small businesses that the government locked down and another pork spending. That is a short-term handout to the poor and middle class. However, this causes asset prices to skyrocket and eventually moves into the price of everyday items like groceries. So now average earners are priced out of housing and have to rent from the rich or even more likely, a foreigner. Just take a look at what Australia is doing in this link. It’s an incentive for foreigners to use printed money that is eventually paid for by the working class who are now priced out of the market and renting from foreigners. And that printed money eventually causes price inflation to everyday items and creates more poverty and starvation to the poor whose food costs have skyrocketed.

This happened from massively printed money during the great depression. I remember stories my great grandparents told… like going to restaurants and ordering a bowl of hot water. Then they’d put ketchup into the water for tomato soup. That’s what printing money does to the poor. The difference is that prices of assets crashed because the Federal Reserve began contracting the money supply after they blew it up in the first place. Neither event would have happened if it wasn’t for central bankers. There was a recession in 1920 that was quickly fixed by the free market in 1921. The Fed acted late and began printing money which created the “roaring 20’s.” Then they pulled the rug out after causing the overly hot market. That’s when the stock market crashed, and people had to pay the price for printed money.

Back then the United States was the greatest producer in the world and the greatest creditor. WWII happened and the world destroyed all of their wealth by literally blowing it up in battle. They relied on the US to fund their war efforts and all the gold moved to the US.

Today the US is the greatest debtor in the world. It prints money to no end, causing the country to go further into debt and causing asset prices to skyrocket. Ships pour into the country full of goods because the US doesn’t produce anything anymore. Those same cargo ships leave empty because the US hardly makes anything these days. The US pays for these goods with printed money because the USD is the world reserve currency. The world has been stupid for a long time as they produce wealth and the US trades it with counterfeit money. This is why the last 15 years, Russia and China have been major buyers of gold, and our allies in Europe have been repatriating their gold… shipping from New York and other vaults, back to Europe.

If it wasn’t for the USD is the reserve currency of the world, there would be zero difference between Venezuala, Greece, Zimbabwe, or any other socialist countries that promised something for nothing and printed their currency into oblivion. Think about all of those printed dollars that have gone to other countries either by loaning money to the US by buying treasuries or simply from the massive trade deficits every year… again from the US buying goods from other countries with printed money. When there is another country that takes over the USD as the reserve currency… or the IMF makes the SDR world money as the reserve currency, then all of that USD will come flooding back to the US. All of those foreigners sitting on USD will buy up all of the hard assets before their USD is worthless. Residential and commercial homes, US businesses, gold, silver, land, and other commodities… everything will go up in price (not value) as the USD loses massive purchasing power from all of the foreign USD flooding back home. That leaves Americans priced out of everything and the last remnants of “American owned” will be gone.

That is unless we do something about it! Quit listening to those talking heads on TV saying that the economy is booming while half of your neighbors are still out of work, collecting their “free money.” It’s time to start purchasing assets ourselves before it’s too late. There are still pockets of the country that still have cash-flowing real estate. Gold and Silver are about the only thing in the world that aren’t in bubbles. Create value for the world and start a business. Don’t rely on the government and champion the free market. Put socialism in its place as a system that has been tried over and over in history and failed exactly as many times as it’s been tried. The only thing that creates wealth is productivity! Creating value for others. Printing money destroys wealth, countries, and even more importantly, impoverishes the masses.

Many of you are in the movie industry like me? We create value for people by making films that people enjoy. The movie studios and filmmakers who took a risk by putting their money on the line created even more value by not only making movies that people enjoy but by giving people jobs to make these films.

So maybe it’s time to start a side hustle and create more value than just your job?

Maybe it’s a small business? Maybe it’s purchasing rental properties so that people have an affordable place to live? Whatever it is, we need to start becoming the production powerhouse that we once were and create value for each other and the world before this end game happens. You can see it happening right before our eyes at a faster pace than ever before. But we can still come out of this if we resist the easy way out and begin to learn why things are the way they are and Act on it.

Here is a link to a series of children’s books I read to my kids on freedom and free-market principles. I’ve even picked up a few tidbits from these stories along the way. They even have a book on the Federal Reserve called the Creature From Jekyll Island. Because the Fed was created by a small group of bankers on Jekyll Island. Purchase any books using my link and you’ll be supporting my blog. https://tuttletwins.com/?ap_id=muunwalker