Pirates of the Caribbean to explain Why I’m Not Investing in Bitcoin. 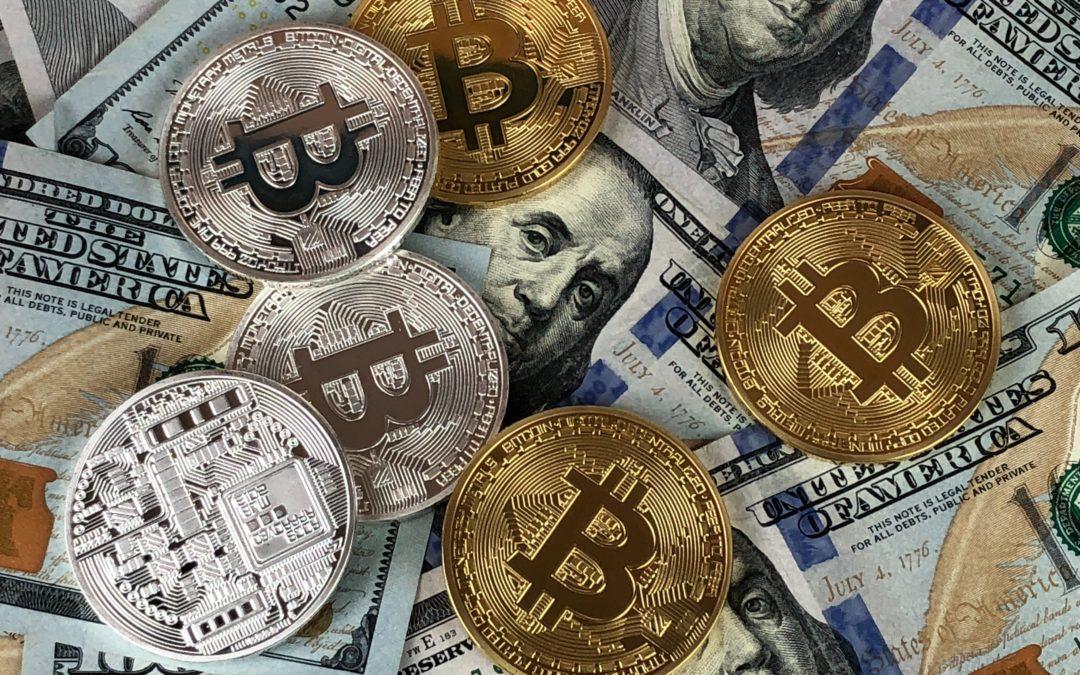 I bought my first crypto currency in 2017 called Stellar Lumens (XLM) because it was a far more efficient system than Bitcoin.  Bitcoin was initially pitched as a superior currency to the dollar.  The claim was that you could spend bitcoin on a cup of coffee or to buy a house with it.  The problem is that bitcoin is incredibly clunky in how it operates as a currency, but I could see the advantages of a blockchain based crypto.  So I dabbled in crypto with some play money to understand it better and maybe it would take off one day.

Then bitcoin collapsed along with all other cryptos.  And the drop was huge!  Bitcoin went from 20,000 to 3500 USD.  XLM went from around 40 cents when I bought it to around 4 cents.  Yikes!

But now bitcoin is being touted as a replacement for gold and has shot back up beyond its bubble high.  No longer a currency as its main selling point, but digital gold.  In order to do that you have to look at the properties of gold as money and if bitcoin meets or exceeds those properties.

Now if that’s too much technical jargon for you.  Lets use a movie analogy to put it into perspective:

It may be hard to understand gold in todays world, so let’s look at an era that makes gold easy to understand.  The era of pirates!  In the “Pirates of the Caribbean” movies, they are searching for lost treasure.  And there are a few things that the pirates need to find and secure the gold.

1. A map to find the key and/or the gold

2. A key to unlock the treasure chest to get to the gold.

3. A place to store the gold like a treasure chest.

Bitcoin needs these same things.  You need a key to unlock and get access to the Bitcoin, but you also need a place to store your bitcoin.  Some are safer than others.  The safest way is a small hard drive wallet.  The digital banks or bitcoin exchanges have proven not very reliable when you look at the millions of dollars worth of bitcoin stolen from Mt. Gox.  And how did that happen?  Well, pirates essentially stole the keys and therefore stole the bitcoin right from under them over a period of several years.

So let’s say you keep it super safe and go with the hard drive wallet.

But now what do you do with that physical hard drive wallet and the digital keys to access them?  You have to find a hiding place for it as well as a hiding place for your keys.  The keys are so long, there is no way you’d be able to remember them, so you have to hide and store them too.  Now maybe you don’t need a map to find these things, but if you don’t, then its probably pretty easy for a burglar to break into your house and find them in a safe or a desk drawer or something.  You could put them in a safe deposit box in the bank, but if the bank shuts down, they’ll confiscate it just as quickly as they would if you stored gold in the bank.  So basically the only difference in hiding bitcoin treasure from gold treasure is the weight of the physical gold and the weight of the digital wallet and written down keys.  So you still have to resort to the same tactics as pirates of old, ha!:)

Prior to 2020, the jury was out with me on whether bitcoin could be successful.  As mentioned above, the durability of it was a big question mark because the government could make it illegal as they once did for gold.  But I figured if they ever tried to do that again with gold, it would be pretty easy to see when to sell the gold because hardly anyone owns it these days.  The same would go for bitcoin… if it ever truly became a threat to the government, they would make it illegal.  The difference is, governments and central banks are net buyers of gold even though they publicly ridicule it as a “barbarous relic.”   None of them own bitcoin.  But I thought… if Bitcoin really catches on, maybe people would rise up against the government if they truly didn’t want to be screwed over by the worthlessness of the dollar anymore.

Seeing how the entire world rolled over with the cerveza sickness and let the governments of the world rule over them with ridiculous shutdowns and removed their freedom… I think the government will easily shut down bitcoin’s viability if it ever truly caught on as digital gold.  They’re biding their time with it, but eventually will kill it if it ever becomes a real threat.

Gold could easily be put on blockchain technology and have some sort of gold backed digital payment system.  We have in fact had several attempts at making gold digital. And each time it began to pick up steam, the government over regulated it to make it completely unviable.  Gold Money is an example of a company that had a good system where all you needed was $25 to open an account.  But the over regulation made it impossible for them to keep it open to the average person, which killed its viability to go mainstream.

Another argument for Bitcoin is that there is no known owner of it, where the thousand other cryptos do.  No one controls Bitcoin which is a huge benefit over other cryptos.  But does that mean no one else could make a replica?  No.  There are lots of hackers and kids who do this kind of stuff for fun.  And maybe someone else will come along and create one that operates much more efficiently with all the better run cryptos to model from.  Bitcoin is extremely clunky compared to newer cryptos that have taken its initial concept and made it much more efficient.  So while the only advantage to Bitcoin over others is that no one controls it… to say that no one else will ever do the same thing is a naive statement.  There are a lot of Satoshi Nakamoto’s out there.

I’ll continue to keep my eye on it over time, but for me, the only true store of wealth that has stood the test of time is gold and silver.  And I’m still keeping an open mind to Bitcoin or other cryptos… I hope Bitcoin does succeed because a non-government controlled currency would be an amazing world to live in.  So while gold still wins by checking all the boxes above, I just wouldn’t throw my hard earned money at Bitcoin right now.  Maybe some play money to gamble with, but definitely not any substantial portion of my wealth.