Grapes of Wrath in Reverse! How the real estate market is evolving. 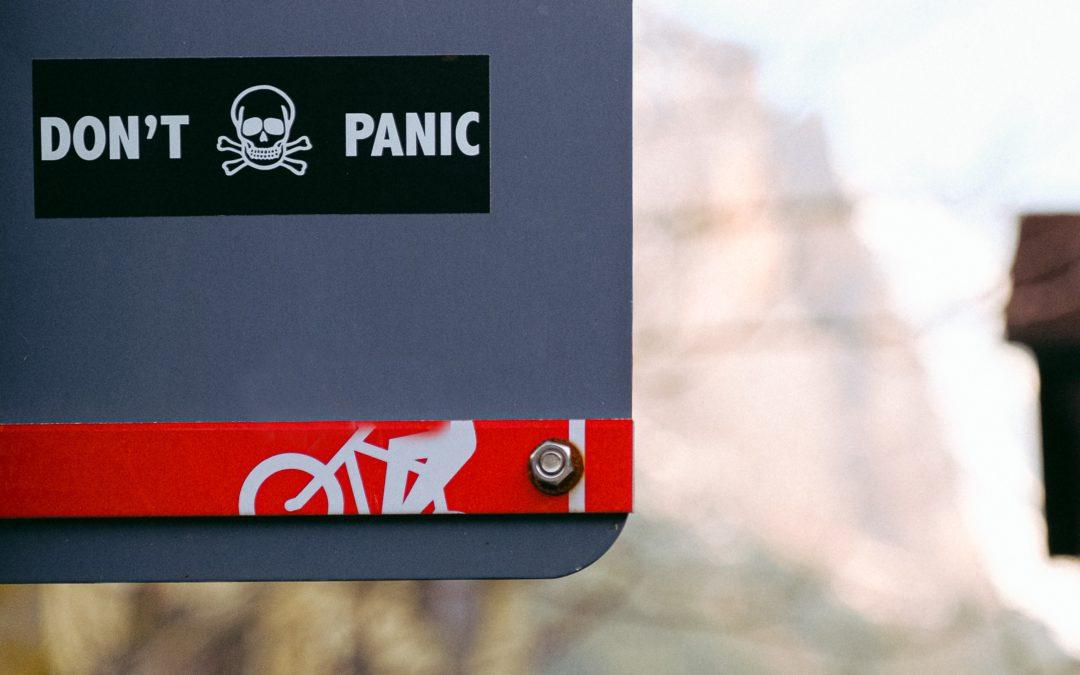 It is incredibly challenging to predict what to expect with all markets in these precarious and unprecedented times.  The lockdowns and panic have caused a new migration out of the cities and into the burbs and beyond.  There is no confirmation yet, but this current recession still has the makings of a New Great Depression.  That has only been delayed by massive money printing to prop up the stock market and to float people for a few months while their job was considered non-essential.  What we’re seeing is the makings of Grapes of Wrath, but in reverse!  Instead of a Great Depression led migration from the country to the cities… we are now seeing a reversal where people who can work from home are fleeing the cities in mass to find less densely populated areas to call home.

What does this mean for real estate?

Right now residential real estate is booming in the suburbs and outskirt cities.  There has never been cheaper money when you factor in the rates you can get for a mortgage and the rate of inflation.  When you subtract the inflation rate and the mortgage rates, the “real rate” is actually negative.  So it’s almost like they’re paying you to take out a mortgage.  However, we may see in the coming months that people purchase homes before walking away from their huge mortgage in the city… get the new cheaper house while they still have good credit and then dump their expensive house in the city afterward.  That is something to look out for, but this also means that prices in some of these smaller suburb towns are going to go up.  However, with all the money printing, this decreases the value of the dollar, so while the dollar price of these homes is going up, the actual value may be flat.  While people are getting out of dodge in the big cities, this is not going to bode well for anyone left behind.  Tax revenues will drop, jobs are lost for good, crime rates will go up… the cities we once loved, that were meccas for culture, art and entertainment, could become post apocalyptic zombie towns… which will be a feedback loop of pushing prices lower and lower.  Location, location, location will no longer be in the cities, but in the burbs and beyond!  What does this mean for renters?  Renters in big cities are finding (in some cases) that they can cut deals with their landlords to lower their rent as the supply side increases and demand goes down.  In the burbs and beyond, the supply side is going down, but it is a mixed bag on which towns you’re talking about.  You have to really look at what markets are affected by the lockdowns.  For instance you may find that the supply side remains flat even though there is a new influx of people moving from the big city into this new town… and why would that be?  Well, maybe the town is a college town and that is causing less renters than per usual, making the supply side of things flat. 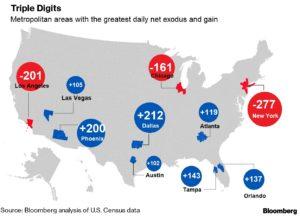 How to know where to purchase residual income producing rental properties?

It is a great time to buy if you know what towns to look at where people are moving to. I found this chart to the left on Bloomberg which is a good place to start.  But I’ve read that San Francisco, which isn’t on this chart, is having the second largest percentage exodus and they’re leaving in droves!  So keep your eye open for those articles out there to stay up to date on this information.  You’ll want to understand what kind of jobs are in the town you’re looking to buy in, the type of economy, and whether it’s considered a college town or not.  Lots of factors to take in, but because of the low cost of mortgage rates, the falling dollar, and knowing where to look… this is an amazing time to buy an investment property.  And this is happening all over the world, so be on the look out in your neck of the woods and happy hunting!