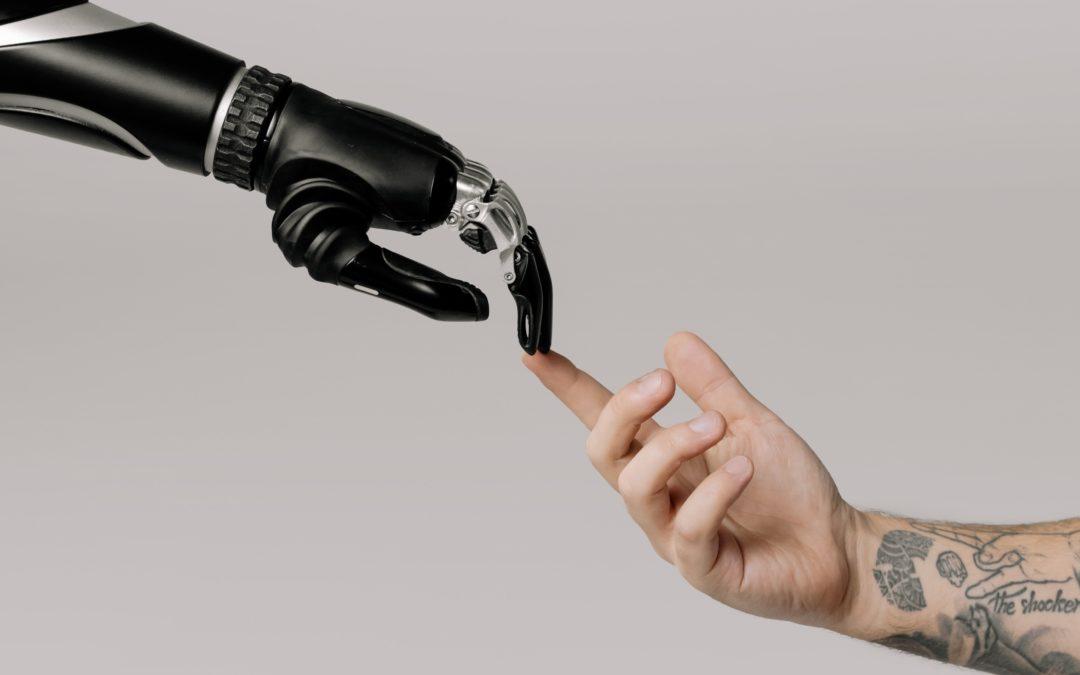 My family and I went to Disneyland in September of 2019 and we were just recently looking at pictures from our last vacation before the world turned upside down. It was bitter-sweet to see how much fun we had on that trip and how much the world has changed since then. We canceled 2 trips to Oregon and 1 trip to Puerto Rico last year. I can probably count on 2 hands the number of times we went out to dinner… and that was probably more than most. That’s a lot of lost money exchanging hands, and we’re just one family.

It is estimated that 4 Trillion Dollars of wealth will never be recovered from the first lockdowns last year. Jim Rickards, the author of The New Great Depression, says that if you went out to dinner once a week before the lockdowns were in place and were under lockdown for 15 weeks, you wouldn’t go out and spend money on 15 meals to catch up after the lockdowns were lifted. You might go to dinner once. That’s just one example of lost wealth in the economy that we’ll never get back. Not to mention the millions that lost their jobs all at once in record numbers.

While we’ve seen the destruction the lockdowns have caused to the economies around the world, it’s pretty shocking to see some governments continuing that failed playbook again. California ranks as the 6th youngest state in the US while Florida ranks 2nd oldest population. Yet California has one of the strictest lockdowns with cases and deaths climbing more than Florida which has zero lockdowns or rules implemented. You would think that Florida would have dead bodies piling in the streets with zero lockdowns and one of the oldest populations far exceeding California with one of the youngest populations and harsh lockdown restrictions. The evidence is clear that lockdowns don’t work, so what is going on here?

I wish I could get into the minds of these politicians, but all I can say is they must be power-hungry nut jobs. Period! Here is a hilarious chart from Tom Woods, the author of Melt Down and Real Dissent… 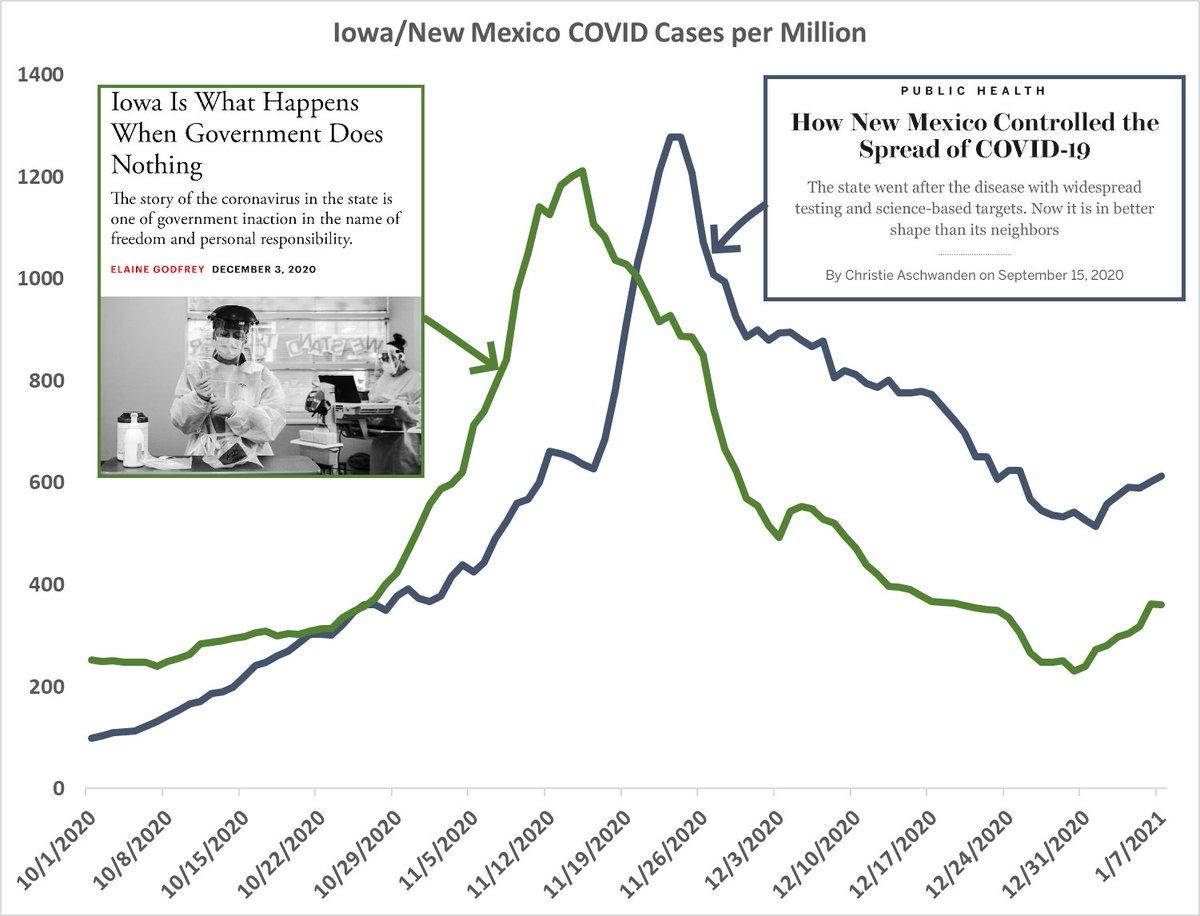 There seems to be only one allowed way of thinking these days. And it is no more evident than what’s happening today as the government takes the technology that was used to combat ISIS propaganda and turned it on its own citizens per this article… Here

Or what about statements from the former Secretary for Public Diplomacy & Public Affairs under Obama, Rick Stengel (can’t believe we pay for this to be someone’s job with our taxes). Here’s his quote from that same article….

“My old job at the State Department was what people used to joke as the chief propagandist,” Stengel said during a Council on Foreign Relations panel in 2018. “I’m not against propaganda. Every country does it, and they have to do it to their own population. And I don’t necessarily think it’s that awful.” But wait, there’s more. “Having once been almost a First Amendment absolutist,” he went on, “I have really moved my position on it because I just think for practical reasons in society, we have to kind of rethink some of those things.” His rationale? “Disinformation” is too much of a threat to the body politic — and we peasants are too stupid to discern fact from fiction.

This all reminds me of The Borg in Star Trek, The Next Generation. The Borg was a race of cyborgs (half-human, half-machine) where they were part of one collective thought and individualism was stifled. There was an episode where Captain Picard of the starship Enterprise was assimilated into the collective. Capt Pickard no longer existed as an individual… he was part of the Borg.

While I disagree with the “insurrection” of the capitol a few weeks ago, the majority of the people were there for peaceful protest. Again, I wouldn’t “storm the capitol” over Trump who in my opinion out Democrated the Democrats, spending money we don’t have like a drunken sailor. No offense to the sailors out there! But people have the right to protest if they felt the election was stolen. Just like the majority of the people last summer were protesting peacefully for the Black Lives Matter movement. Several people died and a lot more destruction of private property and business happened back then… so why is it that no one was de-platformed for that movement and the capitol protest people were? The reason for de-platforming individuals and certain apps was blamed for insighting violence, but that’s exactly what happened last summer too. Massive amounts of violence dragged on for weeks. But no one back then was de-platformed like Parler (the free speech social media app) that was removed from Amazon, Apple, and Google platforms. Why wasn’t Facebook and Twitter de-platformed for instigating violence last summer? The answer is because this was an excuse to remove free thought… not violence. The politically connected could care less about violence especially when you compare it to the 182 countries the US occupies with the military.  Just look at the difference with the Trump inauguration in 2017.  Loads of violence then, but the proper people were arrested for the violence and that was that.  Liberals weren’t de-platformed and silenced. https://www.cnn.com/2017/01/19/politics/trump-inauguration-protests-womens-march/index.html

Doug Casey’s International man article called, “The New Coming Order,” states this perfectly. “In order to maximize compliance in a population, maximize their dependence.” This isn’t one group of people pulling the strings, but corporations who connect themselves closely to politicians to keep the little people down and themselves elevated without free-market competition. It’s essentially created a form of corporate collectivism. You could almost say that these large businesses are the central computer for the Borg in Star Trek, and we’re all the cyborgs following mindlessly to their orders.

This is why the government should be limited to its powers like the US constitution states, but because we’ve allowed the government to overstep its power, we’ve enabled extremely large businesses to control the population through their government connections. These businesses wouldn’t have this kind of power if it wasn’t for big government. And as Casey explains, this has been building for over a hundred years… and “before the corporate collectivism throws a blanket over humanity, it’s time to seek a means to fall outside the perimeter of the blanket.”

Feels to me like this last year was the final move toward checkmate in assimilating us all. But there are still some of us who believe in true Freedom! Join me with Money-Act to find safety in the perimeter of the blanket before the final curtain falls… before we are all Assimilated by the Borg. As Captain Picard proved, resistance is not futile!